The original black granite with bronze beak statue was created by the highly regarded Queensland sculptor Leonard Shillam in late 1956. Dr. Karl Langer the architect behind the hotels’ original design, which was at the time the tallest building in Toowoomba, purchased the penguin in April 1957. ‘Shillam’ sat proudly for many a year overlooking the entry pool of Lennon’s hotel until one day when he mysteriously vanished.

Burke & Wills Hotel, located on Ruthven Street is nearing its highly anticipated reopening after a 15 million dollar internal and external refurbishment. The new hotel includes 69 four-and-a-half-star rooms, 13 five-star suites, two restaurants, a bar and five modern function rooms to name but a few new features and facilities. The return of the original ‘Shillam’ penguin statue, would be a fitting final touch and nod to the history of the old hotel merging with the new luxury hotel.

In 2013 the national trust of Queensland appealed to the public for details of the penguin’s mysterious disappearance in hope of its triumphant return but no leads returned successfully. This time Burke & Wills CEO Albert Hakfoort has increased the steaks with a $10,000 cash reward for the penguins return before the new revolving gold doors of the completed luxury hotel reopen in April 2018. 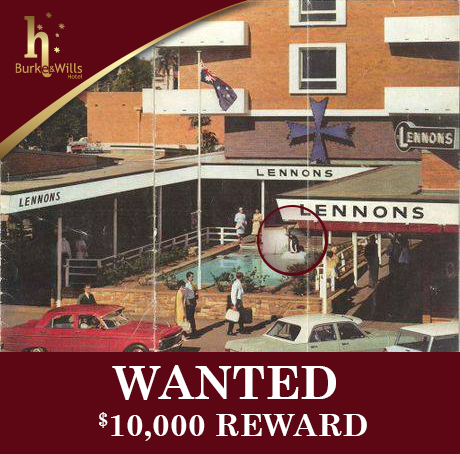 The new fully renovated Burke & Wills Hotel will combine old-school extravagance and service with just the right measure of modernity to offer guests the most luxurious accommodation in the Darling Downs region.

‘Shillam’ we hope is loyal like most of the penguin species; whom often returning to the exact same rookery in which they were born. Help us get ‘Shillam’ back to where he was born. Search your garden sheds and under your beds.

If you have any information we would love to hear from you. Send photos or information about Shillam the penguin to bw.reception@hgroup.com.au

Should the penguin statue find its way home to the Burke & Wills Hotel the $10,000 reward will be paid to the person who returns him (No questions will be asked on how he came into your possession, however, Burke & Wills hotel in its absolute discretion reserve the right to carry out necessary checks to confirm authenticity, once satisfied with authenticity reward will be paid commensurate with condition of statue) 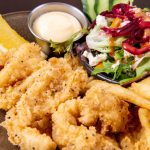 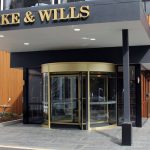 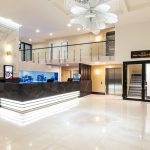